Marianna Kastrinos was born in Paris to a French mother and a Greek father. Her father’s atelier was her first exposure to Mediterranean colors and swirling woven fabrics – an environment that nurtured a love for textiles and design at a very young age.

In 1997 Marianna attends the Institut Paris Modelist and is allured by La Haute Couture. Later, in 2002 Marianna is awarded first prize for originality in a competition for upcoming designers held by the Le coup de coeur of Thierry Mugler. From 2002 to 2006 Marianna is employed in the department of Creative Design at the Design & Concept Studio specializing in luxury clothing for women.

Today, Marianna works from Corfu, Greece where she keeps her Haute Couture Atelier & Pret a Porter Boutique. Since its opening in 2007 her work has gained recognition for its exceptional quality and elegant styling. 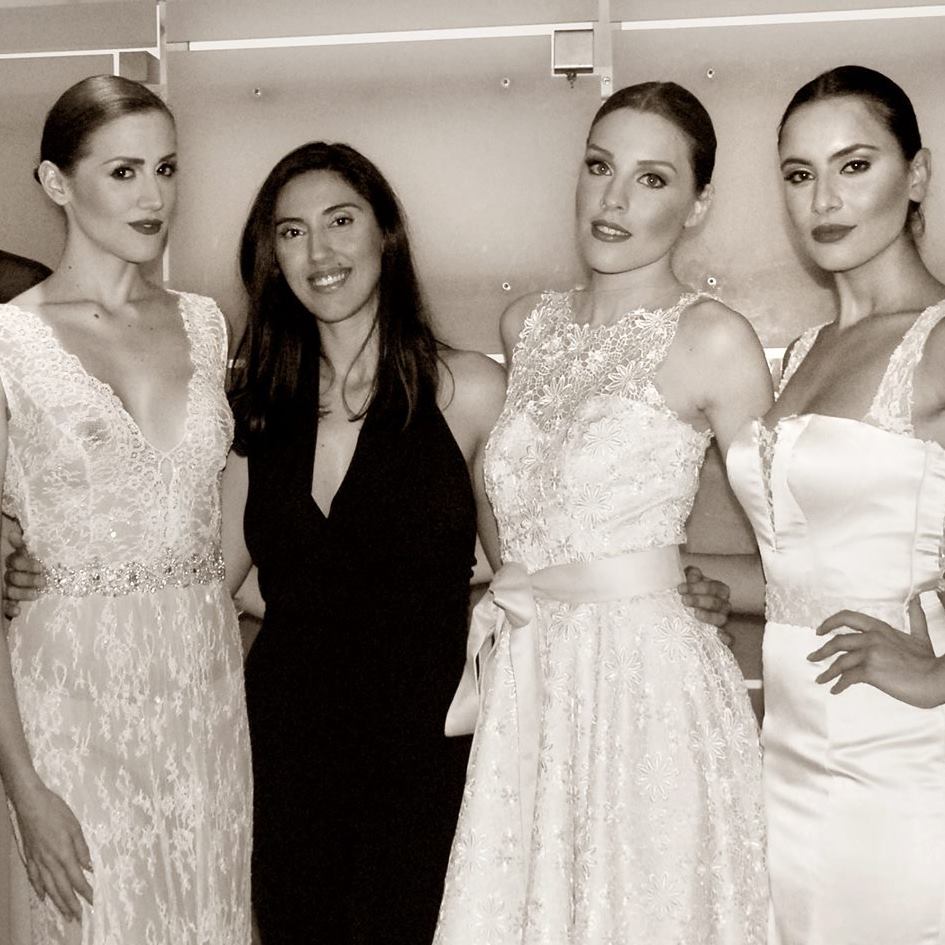